If you need to translate your WordPress site in a language that is not found in the All Languages drop-down you can easily add a custom language.

This feature lets you add one or more custom languages directly from TranslatePress Advanced Settings. Once the language(s) is added it will appear and can be selected from the languages list.

Steps to Add a Custom Language to your Multilingual WordPress Site

To add a custom language, navigate to TranslatePress -> Settings and select the Advanced tab. Then click the “Custom language” section.

Once you’ve added all the custom language details don’t forget to click the Add button and then Save Changes. Your custom language will now appear in the language list and you can select it. 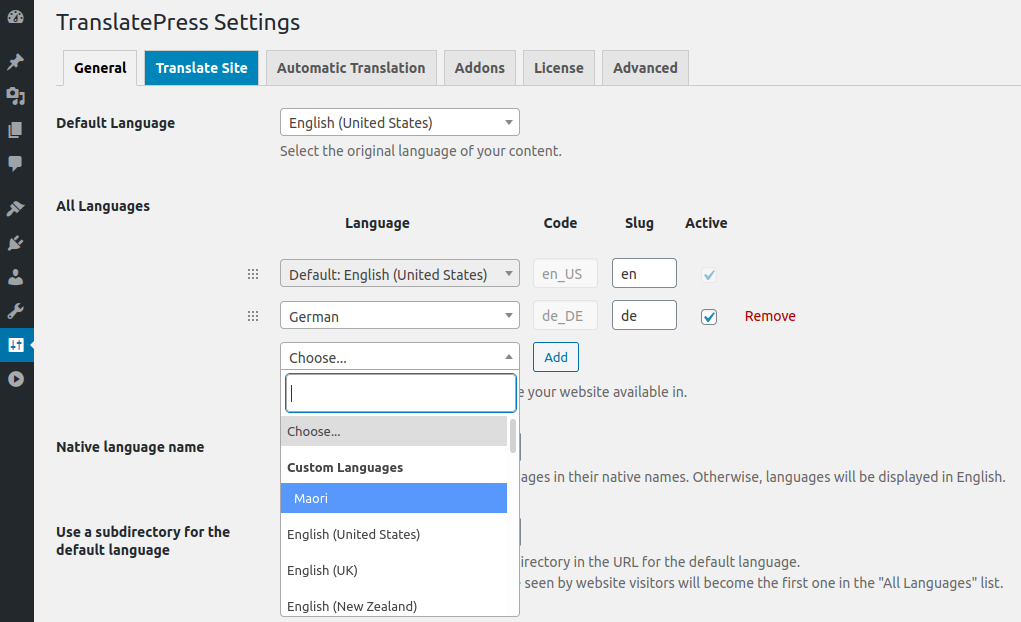 After this, your custom language will appear in the front-end translation interface. 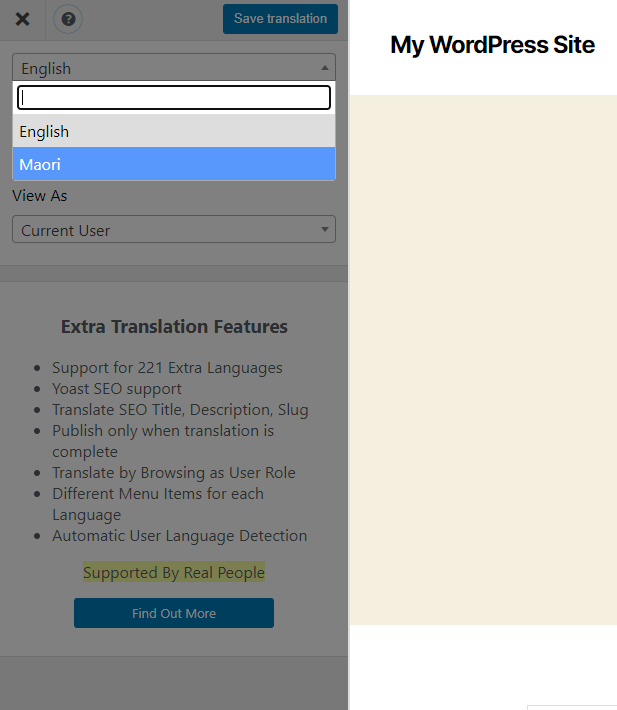 It will also be listed in the language switcher:

Following these steps you can start translating your site in any language you want. Even Klingon!

If you wish to edit the name or the flag of an existing language you can achieve this by going to TranslatePress -> Advanced Tad -> Custom Languages.

You can add the Language Code of the language you wish to edit. The language code can be found in General Settings under Code.

Fill in the Language Code and the changes you want to make. The Language Code field is required but apart from that any field left unfilled will be automatically completed with the rest of the information.

By doing this you can edit the name or the flag of an existing language. After clicking Add and saving the changes, the language will appear in General settings under Custom Languages.